"Badrinath Dham: One Of The Famous Sacred Places In India" 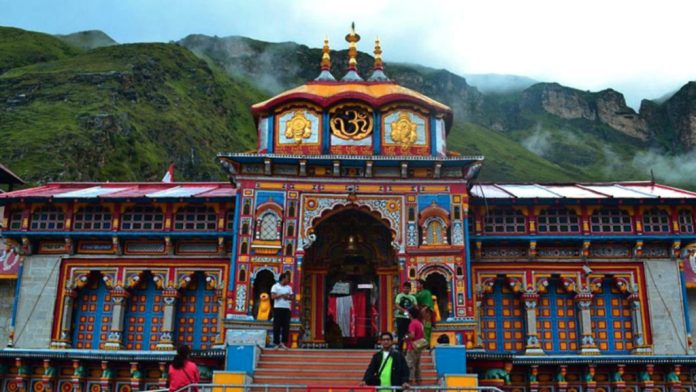 India is the birthplace of many religions. So all over India, there are a lot of religious places which have made this place a sacred land. By visiting these places soul gets Moksha.

There are four such holy places are there is known as char dhams namely- Badrinath in Uttarakhand, Dwarka in Gujarat, Puri in Odisha, and Rameswaram in Tamil Nadu. These four places identify the four different avatars in four yugas. In Satya yuga Badrinath, in Tretya yuga Rameswaram, in Dwaper yuga Lord krishna and in Kali yuga Lord Jagannath. These four avatars of Lord Bishnu have been worshiped for years.

Badrinath Dham in Uttarakhand is one of the char dhams. It is located in the Chamoli district in Uttarakhand. It is reestablished by Adi Shankara in the 8th century.

This temple is dedicated to Lord Bishnu who is in the form of Nara-Narayana. The temple is situated at the peak of Neelkanth hill. It is known as the 8th Baikuntha.

The winter view of Badrinath Temple 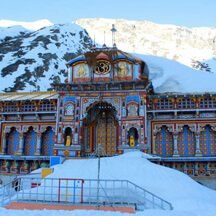 According to mythology, the king of demons Hiranyakashyup was meditating to take revenge for the death of his brother and got blessed with more power and undefeatable. His mind filled with ego and he started doing injustice towards his subjects.

Then his queen Kayadhu gives birth to a baby boy named Prahlada. Prahlada grows up and became the devotee of Lord Bishnu. He deviated from demon rules. So Hiranyakashyup tried a lot to divert him from his devotion towards lord Bishnu. But he failed every time.

One day he ordered his sister Holika (who had been blessed with unburn) to burn Prahlad. But indeed, Holika got burnt by the fire, and Prahlad was rescued.

He tried again to kill Prahlad. At that time lord Bishnu appeared as Nrushingha avatar (half lion and half-human) and killed Hiranyakashyup by his nails and rescued his devotee. From that day Nrushingha Jayanti had been celebrated.

This temple opens only six months a year. From April to October. As this place is covered with hills and greeneries, it is quite difficult to visit in July due to heavy rainfall.

There is a tapt kund where hot water falls into it and devotees take the holy dip. The hot water contains some medicinal properties which can help to skin diseases. The mysterious fact about this kund is the source of hot water is still unrevealed. This is a major pilgrimage site in India where thousands of tourists come to visit and perform shraddha.

♢ The nearest railway stations to Badrinath are Rishikesh and Kotdwar which are at a distance of 297km and 327km respectively.

♢There are regular buses are available to Badrinath.

Disclaimer: The views, suggestions and  opinions expressed here are the sole responsibility of the  experts. All rights are reserved by experts/author.  Any unauthorised use is prohibited. Organisation don’t hold any copyright/responsibility. For any sort of credit, contact us!

"CHILIKA: The paradise for migratory birds"

"The Lingaraj Temple: The Iconic Form Of Lord Shiva"